Blog How Secure is your data? 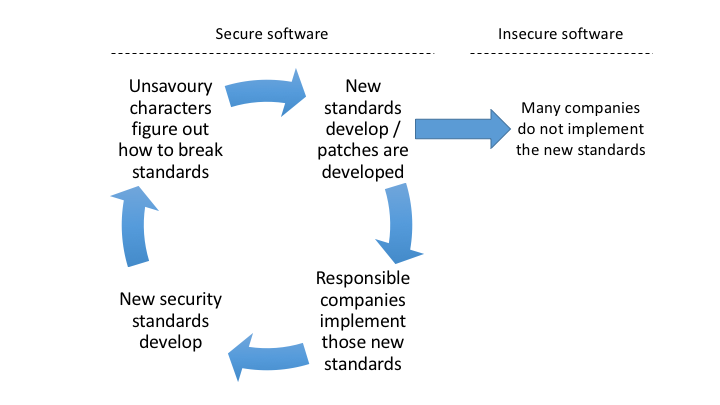 At Plato, we believe that you should have clarity on how we protect your clinic’s data. IT security is like a game of cat and mouse – a software needs to use the latest encryption and security standards to stay ahead of anyone trying to gain unauthorized access to their data.

But that’s okay, my software is locally installed. No one should be able to access it, correct

Locally installed software actually have a host of security issues. First, they can be accessed by anyone in your wifi network. Second, if someone at the clinic downloads malware by accident, that can either destroy your data or allow it to be accessed without your authorization. Third, if your server crashes, you may lose data – and every hard disk has a 4.8% chance of failing once a year.

Web based software do not face the same challenges as locally installed software.

First, Plato uses AES in-flight encryption so that no one tapping on to your WiFi can access data – it is encrypted before it goes to any server. Second, if a staff member accidently downloads malware, that will not affect Plato, or indeed any other web based software. That is because these software run on a secure server, managed by a team of engineers, who actively ensure they are secure. Third, web based software providers like Plato can store your data on multiple hard disks, rather than one – so that even if one hard disk fails, your data will still be kept safely on others.

Regular updates: how to keep your data safe

At Plato, we track security issues in the industry at large and ensure that your software is regularly updated to address them. When you use Plato, our servers run multiple master:master replications of your clinic management software – it feels like you’re using one software, but in reality every click you make is logged into multiple copies of Plato, ensuring no data is ever lost. Finally, Plato’s team stores multiple secure copies of your data in the cloud, so that you will never lose data to a hardware failure.

Want to find out more about Plato or understand how your clinic’s security can be improved?